My memories of Jones Bridge were always bleak, more so because of its decrepit state than for anything else. I’ve been crossing it since I was a kid because I used to live in nearby Tondo at my mom’s place. I’ve always known the bridge to be dirty and grimy, and that the only best way to cross it was to be inside a vehicle rather than use its very narrow sidewalks. Of course it didn’t always look that way. But that’s how I already saw it growing up, having been born decades after the war. There is much nostalgia over it among heritage advocates, but that’s just about it. There was no intent to bring it back to its early 20th-century glory.

The first and last time that I crossed that bridge together with my wife and kids was five years ago, right after visiting the beleaguered El Hogar Filipino Building. It was towards the end of November. We were inside a jeepney on our way home. The bridge looked slovenly, and street urchins were everywhere. My wife Yeyette’s necklace was almost even snatched by one of them!

Incidentally, exactly a year ago today, I happened to pass by the bridge on foot. While the bridge was newly painted at that time, it still looked drab with a lifeless feel to it.

For the past several weeks, Jones Bridge has been on the news because of a massive overhaul. Using a ₱20-million donation from the Filipino-Chinese Chambers of Commerce and Industry, Mayor Isko Moreno is hell-bent of bringing it back to its former glory, as he has been doing to the rest of Manila’s remaining heritage sites.

And now, as I type these words, Yorme Isko (as he is popularly known) is leading the celebration of the bridge’s reinaugural rites and lighting. At last I have a happier November to remember this bridge for! 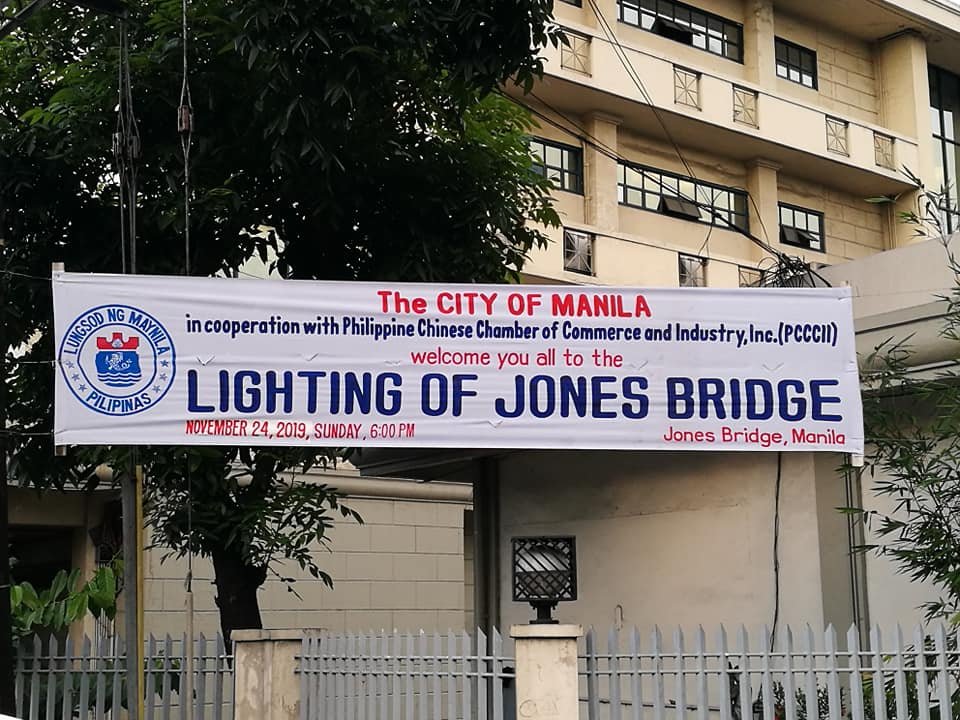 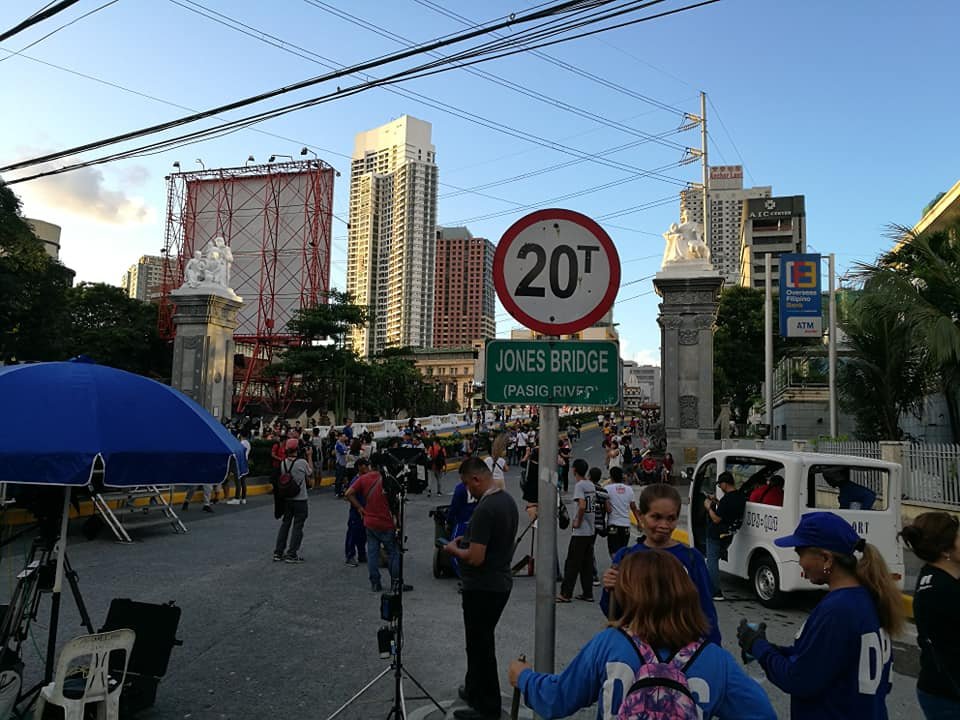 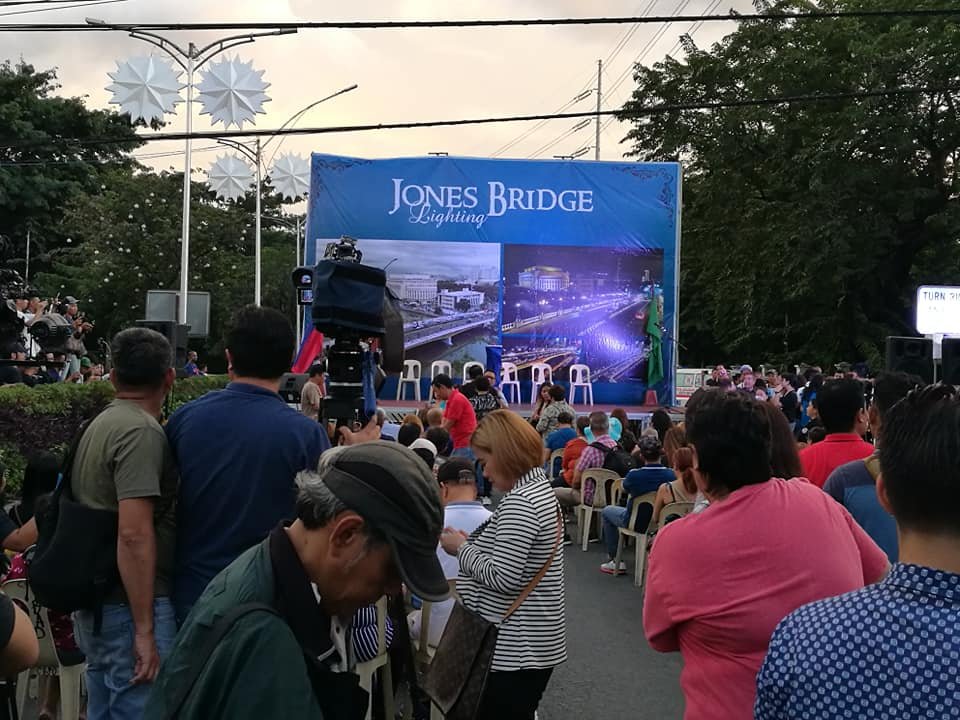 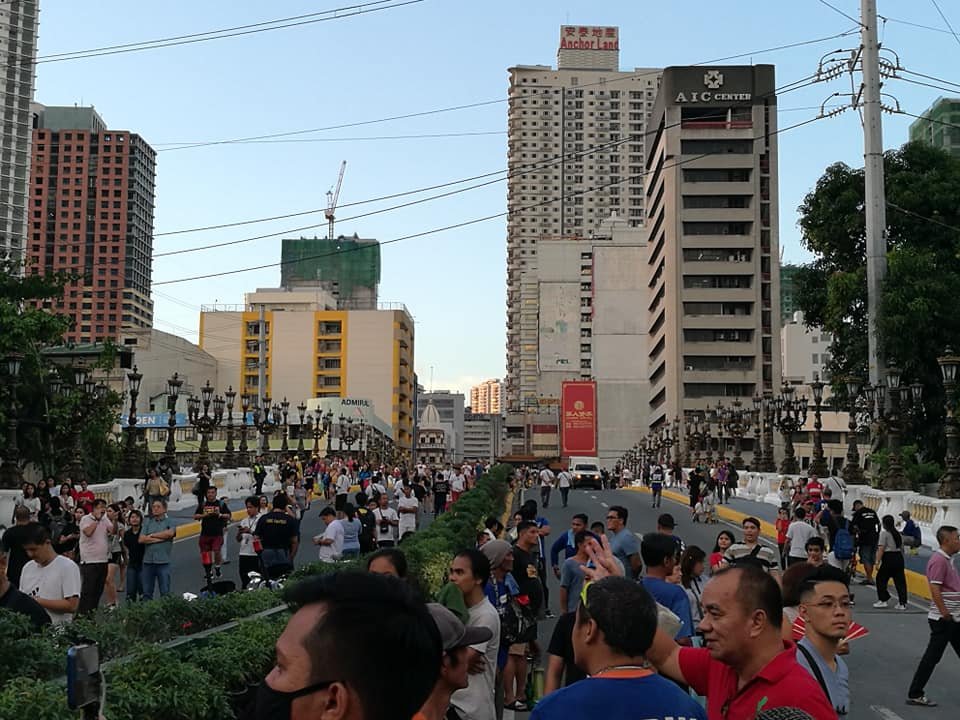 Now, with a new mayor at the helm, things are looking bright for this historic bridge. And not just for this bridge but for the whole city of Manila as well. Thank God he won in the last elections.